Painkillers can be gateway to heroin for teens

Dr. Rubinstein offers these potential solutions to address the problem: 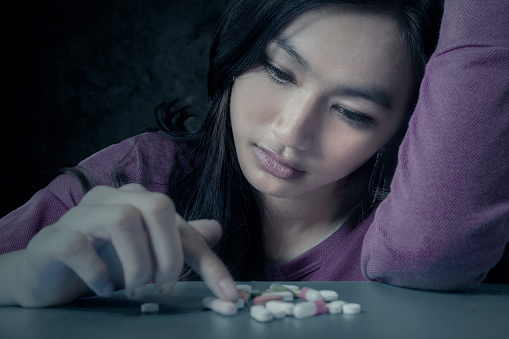 Most teens who use heroin tried narcotic painkillers first, according to a new report.

The transition from painkillers to heroin comes as no surprise to experts who study drug addiction. Prescription narcotics, also called opioids, are prescribed to relieve pain, but they can become addictive. Teens who abuse them often seek a less expensive and more readily available option – heroin.

Among the painkillers most often abused are Vicodin, Percocet and OxyContin. Dr. Rubinstein says OxyContin costs about $80 per pill for an 80 milligram dose. Heroin typically costs $10 or less per bag.

“These folks quickly realize they can’t afford to buy the pills on the street, so cheap heroin imported from Mexico becomes their drug of choice,” he says.

In the recently released report, researchers analyzed data from the 2009-2013 Monitoring the Future surveys, which questioned students in more than 100 high schools across the United States. The purpose of the survey was to assess teens’ behaviors, attitudes and values.

The researchers found more than 77 percent of teens who reported using heroin also had used narcotic painkillers. In many instances, the painkillers had been prescribed to the teens’ parents, and the kids stole them from an accessible place in their own homes.

“This prevents teens and others who enter the home such as contractors, delivery folks, potential home buyers or friends of their teens from stealing them,” Dr. Rubinstein says. “It is actually a felony to allow your own prescription pills for pain to be taken by others, even if you were not aware they were stolen. Never assume you can hide the pills safely. Your teens and others likely will find them if they feel motivated enough.”

And further, educate your own children about the dangers of prescription pain pills starting when they are 5 years old. Talk about the topic often, and be non-judgmental. Families must discuss mental health issues and addiction concepts together and frequently so everyone knows how to recognize the signs of an early problem.

“This type of discussion can be the most powerful form of prevention,” Dr. Rubinstein says.