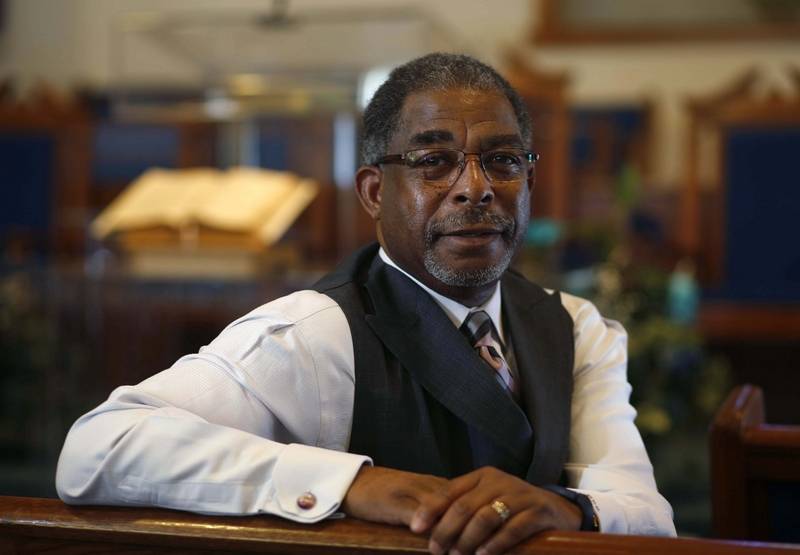 Pastor Edmond received his Bachelor’s Degree from Xavier University in Louisiana and is a graduate of the Executive Management Program from Cornell University in Ithaca, New York. He also has extensive training in Theology/Religion and Philosophy, and has completed the Young Pastoral Training Classes at the National Baptist Sunday School Congress. Additionally, he is a certified family counselor who has several years of experience in family, marriage, and teen counseling. He is certified for Field Education for Moody Graduate School.

His leadership endeavors include serving as an Associate Minister of Second Baptist Church for more than six years; Assistant Sunday School Superintendent; Spiritual Advisor to several church organizations; designing and leading religious workshops; President of the Junior Ushers Board; and coaching church sports teams. He has also served as a teacher in several capacities, such as within the Sunday School, Vacation Bible School, Bible Study, and has taught a Christian Youth Development Series.

As a member of the Board of Directors at Sherman Hospital, Pastor Edmond helped oversee the construction and completion of a new 255 bed “Green” hospital with a 15-acre geothermal lake. The geothermal lake is expected to save the hospital $1 million annually in heating and cooling costs. Other organization memberships includes: Enhancing Elgin Committee, Elgin Chamber; Implementation Review Committee, and Finance Review Committee U-46 School District; Vision Council and Chairperson Income Impact Council, United Way of Elgin; NAACP of Greater Elgin; African American Christian Minister’s Alliance of Elgin and the Golf Course Planning Committee, City of Elgin. Pastor Edmond has been the recipient of numerous awards including; the Dr. Martin Luther King, Jr. Humanitarian Award for the City of Elgin and the distinguished Volunteer Award for the U-46 School District. He received the Quad County Urban League Outstanding Religious Leader Award and the Alpha Kappa Alpha Community Impact Award for Leadership.

In 2009, Pastor Edmond received the Paul Harris Fellow Award from the Rotary Club of Elgin; the Partner in Peace Award from the Community Crisis Center for Domestic Violence and the Boys and Girls Club of Elgin Distinguished Citizen Award. On February 16, 2010, the Black Student Association of Elgin Community College District 509 awarded Pastor Edmond the Lasting Impact Award, for his contributions to the college.

During the fourteen years that Rev. Nathaniel L. Edmond has served as the Pastor and Spiritual Leader of Second Baptist Church of Elgin, Il, he has been an advocate for the youth in the community and the classroom. Under the leadership of Pastor Edmond, the church began a partnership with Sheridan Elementary School on January 9, 2006 with 24 trained volunteers who serve as mentors and tutors to 45 students identified as "at-risk." In 2007, the Sheridan School Partnership was expanded to include Larsen Middle School, and renamed the SBC School Partnerships. On January 19, 2008, the ministry received the M.L.K. Humanitarian Award from the City of Elgin. They also received the Alpha Kappa Alpha Award for Volunteerism in the spring of 2008 and in November, 2009, the Elgin Area Chamber of Commerce honored the Second Baptist School Partnership Mentors for donating 3200 volunteer hours to students since 2006.

In 2013 he was recognized for outstanding work on the issue of Domestic Violence by Delta Sigma Theta Sorority Inc. and the Community Crises Center.

In 2014 Rev. Edmond was recognized for his Community Service by the Illinois Commission on Diversity and Human Relations.

Pastor Edmond is married to Christine Dargin Edmond and they are the proud parents of two daughters, Jerry and Natonya McClay and Collies and Adrienne Anderson.

They are the equally proud grandparents of Collin Tierre, Kayli Simone and Christiana Chantel.

He is retired from Alcoa Aluminum as Vice President of Sales & Marketing in December of 2002.